Kapu Aloha, as defined by Pua Case, is considered to have evolved from ceremony to political form in the 1990s due to marches like the 125th anniversary of the overthrow of the Hawaiian Kingdom in 1993 and Mālama Mākua movement in 1996.

Kapu Aloha embodies the sacred and teaches one must act in reverence and respect in spaces considered sacred. For the indigenous Hawaiian people, formally Kanaka Maoli, one sacred space is the world’s largest mountain, Mauna Kea.

The Kanaka engaged in Kapu Aloha to block the access road to Mauna Kea summit between July and December 2019. They employed what they call “peaceful disobedience” to prevent construction of the Thirty-meter Telescope (TMT) on a mountain they consider sacred.

Many places on our planet are sacred to human beings. For some, the entire world is sacred — essentially at this time, there is no Planet B. Most of us recognize the human body is sacred as well. If a person doesn’t have their health, then money, accomplishments and material possessions are meaningless.

Hawai’i State Representative Amy Perruso is fed up and “Mad As Hell” with “hard drug dealers.” She seeks compassionate and progressive solutions for those suffering addiction to legal, as well as illicit, substances. She’s aware the current approach relying on the criminal justice system is ineffective, cruel and ridiculously expensive. She reminds us she misses her sister lost to drug overdose.

Who are the Hard Drug Dealers though? Most of us are aware of the opioid epidemic. Millions of Americans received “hard drugs” from their family doctors. Maybe it was a back injury; possibly a car accident, aching bones or arthritis; sometimes it’s a painful dental issue. The result is over 500,000+ American overdose deaths since 2010.

Due to aggressive action by public health professions such as me, we have been able to begin reducing overdose deaths due to opioid prescription medication. This statistic can be misleading though. A housewife may be prescribed an opioid after her surgery, which leads to an addiction. Because providers and officials now monitor opioid prescription use closely, she might be denied extended relief.

This might lead the women to seek additional supply from illicit markets. The explosion in Fentanyl overdose deaths is partially related to such circumstances.

I have suffered numerous injuries. Haven’t met many people who are as beat up and worn out as I am. Years of professional athletic competition and military service left my body badly scarred and broken. While I enjoyed the privilege to play, I now pay in pain.

The State of Hawai’i legalized medical cannabis in 2000. Yet Hawaiian Electric fired me in 2019 after I informed their HR department of my legal medical use. Medicated only at night before bed to reduce pain so I could sleep soundly. Never used before or during work hours. Worked in a non-safety-sensitive position in the IT department.

CEO Connie Lau would have allowed me to continue working had I used a dangerous opioid. Hard Drug Dealers occupy America’s boardrooms. HUMAN BEINGS are not valued by Connie Lau and Hawaiian Electric. Ms. Lau also chairs the board of Consuelo Foundation.

CEO Constance Hee Lau and Hawaiian Electric executives showed me only contempt — and after six months of service excellence, kicked me to their corporate exit! My manager and team considered me both a “perfect fit” and an outstanding employee. The company now refuses to hire me because I have spoken out publicly about their deadly practice and outdated policy. 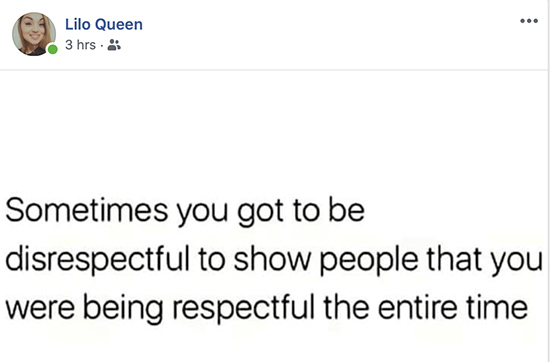 As a healthcare professional, I have challenged this policy. Under CEO Connie Lau, Hawaiian Electric denies jobs to qualified professionals. There are some 30,000+ medical cannabis patients in Hawai’i. Why are America’s leaders lacking humanitarian character? Kapu Aloha represents peaceful protest against those who fail to respect that which is sacred.

Join with us making a BETTER world for ALL Americans this year. Let’s end the corruption, deception and racism surrounding medical cannabis.

“What matters in life is not great deeds, but great love.”

Kapu Aloha embodies the sacred and human beings are sacred. Kapu Aloha teaches us to act in reverence and respect. Under the direction of Connie Lau, Hawaiian Electric Industries and affiliated companies do not treat employees and their families with respect and reverence.

Island culture remains dominated by a plantation mentality where workers are considered expendable and corporate profits are the only concern of management, the most privileged in society and the wealthy in our islands.