Purdue Pharma pleaded guilty today to three criminal charges, formally taking responsibility for its role in an opioid epidemic that has contributed to nearly 500,000 American deaths. We have crushed our local and national economy to battle the SARS-CoV-2 pandemic (red bar below), which has led to over 250,000+ deaths. Yet the current death toll is only half the number who perished from opioids (blue bar below). 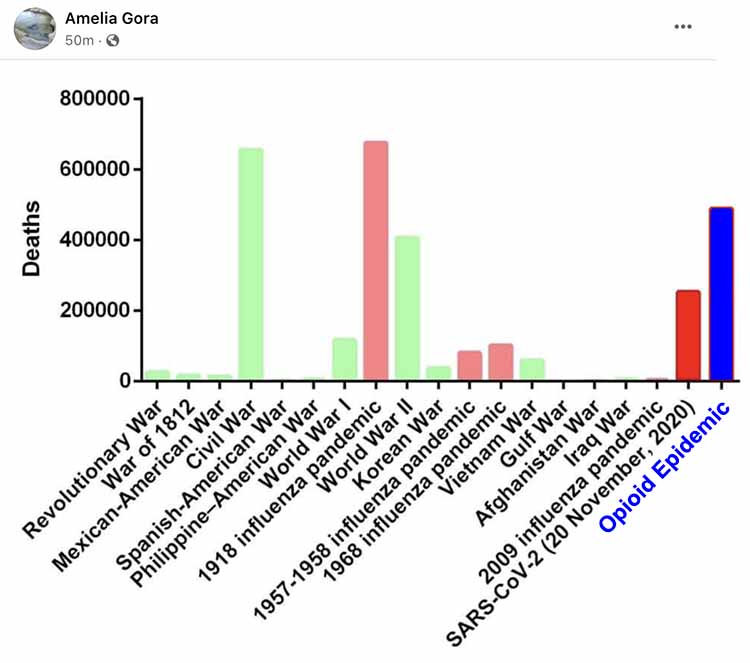 The CDC and University of New Mexico School of Medicine trained me to battle the opioid epidemic. The powerful drug not only leads to addiction and overdose death in users; similar to COVID-19, these medications destroy families.

Millions around the nation ignore warnings against travel and gathering with family to observe Thanksgiving. This is how important family is to Americans. Hawaiian Electric CEO & President Constance Hee Lau and team fired me for fighting to save American families. Remarkable Connie sided with criminals over warnings by scientists and public health officials. Company HR director Shana Buco called me a danger to society.

Hilary Alexander asks how many other drugs has this happened with? Knowingly releasing and pushing addictive substances. Just to make money

Purdue Pharma representatives acknowledged the company had not maintained an effective program to prevent prescription drugs from being diverted to the black market, even though it had reported to the DEA the company had such a program. Corporate executives also provided misleading information to the agency as a way to boost company manufacturing quotas.

Purdue Pharma also admitted paying doctors through a speakers program to induce them to write more prescriptions for its painkillers. In my role, I was working to reduce use of opioid pain analgesics. Athletes are over-prescribed opioids. Shana Buco embarrassed and humiliated me before throwing me out of the building.

Tyler Skaggs, 27, died in July 2019 at his Texas hotel room before the Angels were scheduled to play the Texas Rangers. A toxicology report revealed fentanyl and oxycodone in his system. Discussions to add testing for opioids began following the death of Skaggs.

Cynthia Munger, from Wayne, Pennsylvania, is among activists demanding Purdue owners and company officials be charged with crimes. Her son is in recovery from opioid addiction after being prescribed OxyContin more than a decade ago as a high school baseball player with a shoulder injury .

“Until we do that and we stop accusing brick and mortar and not individuals, nothing will change.”
Cynthia Munger

Local Hawai’i legend and surfing great from the island of Kaua’i, Andy Irons, perished in an opioid-related overdose in 2010 at the age of 32. I was in my CDC training program at the time. The news devastated the island ‘ohana and surfing world. Apparently, Hawaiian Electric executives weren’t paying attention.

Ending the Code of Silence

Without a doubt, Andy is dead today due to our local culture that is ruled by a “code of silence.” Family and friends had known about Andy’s struggle with opioid addiction since 2007. Millions of Americans struggle in silence related to their addictions. Society shames rather than loves. We’re collectively self-righteous in our reaction to the cries for help from others.

America’s doctor, Sanjay Gupta, MD, pointed out “every 19 minutes somebody dies of a prescription drug overdose” in America. He emphasizes this does not happen with cannabis (marijuana). Save lives. Speak out! 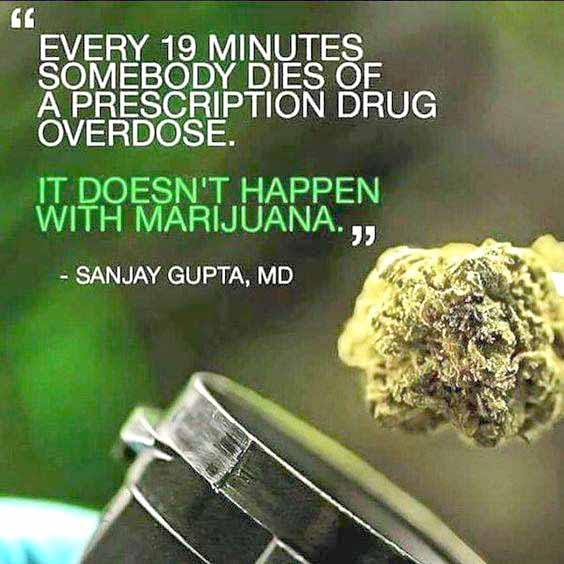 Even today, executives and management at Hawaiian Electric punish me for speaking out. Although I had been working for Hawaiian Electric for over six months, the company refused to consult with me prior to removing me from service; management denied my request to re-apply or negotiate a path forward. Had to hire an expensive attorney for $5,000 to simply start a conversation.

You decide. On February 20, 2019, company representatives notified me — and congratulated me — of my selection to internal permanent position with the Hawaiian Electric IT department. My manager and teammates congratulated me. Company personnel initiated the transition process to convert my email and computer accounts from contract employee designation to internal. Informed me my official start date would be Monday, February 25th.

On February 25th, reported for work at 7:30am, as directed by my Hawaiian Electric manager, Lori Yafuso. About 11:30am, HR director Shana Buco contacted me while I was working on projects with my Hawaiian Electric team. She told me to pack up my belongings and get the hell out of the building. She claimed I was engaged in illegal activity and was no longer eligible to work for the company. Seems like a termination to me? What do you think?

I’m just an ordinary guy, who has lived an extraordinary life. Was blessed to pursue a college and professional athletic career; gracious for my brief time serving in the military, but the side effects include a body that ended up being badly damaged. Doctors recommended opioids for my surgeries and chronic pain.

Fortunately, the medical community and public health officials offered me less dangerous alternatives. I’m part of an evolving America. Then, I came to Hawaiian Electric.

The 68-year-old CEO & president is stuck in a past era. Connie Lau even disregarded the advice of local attorney, Joseph A. Ernst, who recommended in 2018 companies update their corporate policies (see Ernst_August.14.2018). Remarkable Connie didn’t follow his advice.

Due to a number of state court cases, Mr. Ernst says the standards in employment law have shifted. A Massachusetts court ruled an employee has the right to use medical cannabis and her employee must engage in the interactive process prior to terminating for a positive drug test result or face a disability discrimination lawsuit (2017).

Mr. Ernst provides a second example (2017). A Connecticut court dismissed the federal law argument and claimed the federal government’s prohibition does not address employment or prohibit employment. Thus, there is no federal preemption of state medical cannabis laws that protect patients.

As a result, Mr. Ernst advised local companies to “ensure you have an updated written drug testing policy” and “include express provision dealing with medical cannabis.”

In six months working and serving island residents as an IT professional in a non-safety sensitive position with Hawaiian Electric, this is the ONLY written or verbal information the company provided me about their substance use or drug-free workplace policy (below). HR director Shana Buco told me she had never seen any additional written material in over six years of service.

Hawaiian Electric’s policy is unclear and confusing. The State of Hawai’i legalized medical cannabis in 2000; and updated “329” statutes in 2015 to elevate cannabis authorizations to “prescription” status for all medical purposes. In addition, I specifically asked my assigned HR representative Liz Deer. She informed me I “would be fine.”

Ultimately, CEO & President Constance Hee Lau and her team would not have humiliated me, embarrassed me, devastated my career or thrown our family into turmoil had I used one of Purdue Pharma’s opioid medications. Purdue admits their guilt and Remarkable Connie supported this criminal behavior. This makes her an accessory to the crimes and a complicit partner in the deaths of some 500,000 Americans.

Time for the silence to end!