The Political Left put on quite a display of PHO-compassion this week. Certainly it is horrific and visually disturbing to witness children being removed from families who have illegally crossed the U.S. border. This is a complex issue and Americans have lied to ourselves for over 30 years without agreeing to a humane and rational solution.

I showed how Time magazine was left with egg on their face for falsely claiming Yanala had been “ripped apart” from her mother. The father reported both his wife and daughter are fine.

The mother paid a reported $6,000 for a coyote to guide her journey. Few Latin American families can afford such exorbitant costs. Yanela and her mom may believe they are safe now, but millions of children and their parents are left to suffer. Not only is the 1,000 mile journey dangerous, but families living in the shadows of American society are not respected. Young women are raped and sexually assaulted, while men are abused. America can ONLY protect those who enter legally.

I must have seen thousands of late-night TV ads asking for $0.39 per day to help feed a starving child in Africa, Latin America, or war-torn places such as Afghanistan or Syria. How many Americans donate? More importantly, how many Democrats and Millennials care enough to give up ONE coffee each week to help a struggling child?

Our family teamed with Madonna on her Raising Malawi issue. We donated for years to help build schools for girls in this “shithole” nation. For friends’ birthdays or holiday presents, we donated in their names. None ever joined us in our effort.

Some of these people are the loudest voices today demanding the U.S. government to do something. Ironic how the political Left is willing to help — when using someone else’s money. These screamers won’t even forgo a designer coffee to feed a child, whether in the U.S.A. or another nation. They are quick to tell others they care. 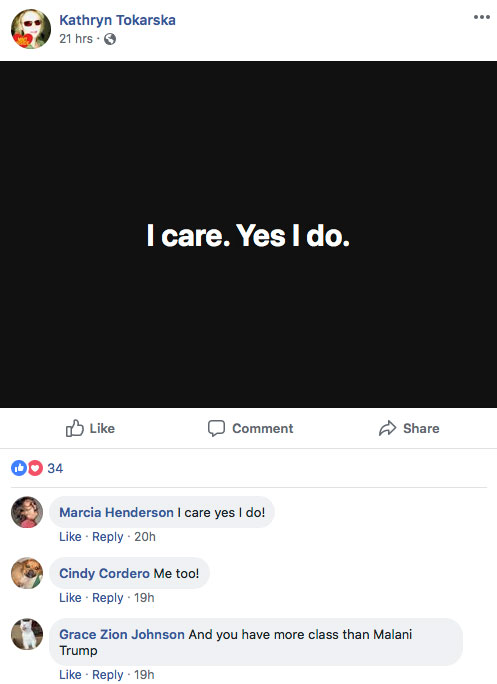 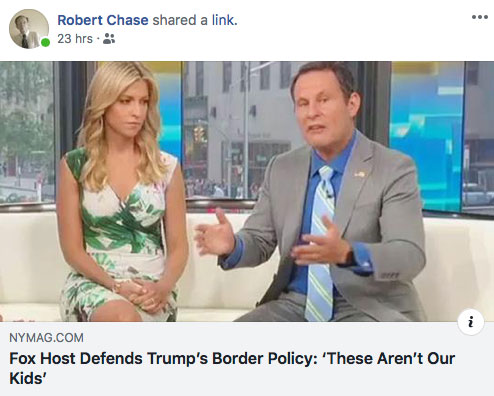 CARE stated readers are permitted to “Steal These Stats,” so I did (below). While a handful of children rest comfortably in an U.S. detention center, millions of kids around the would quickly and graciously exchange places with them. 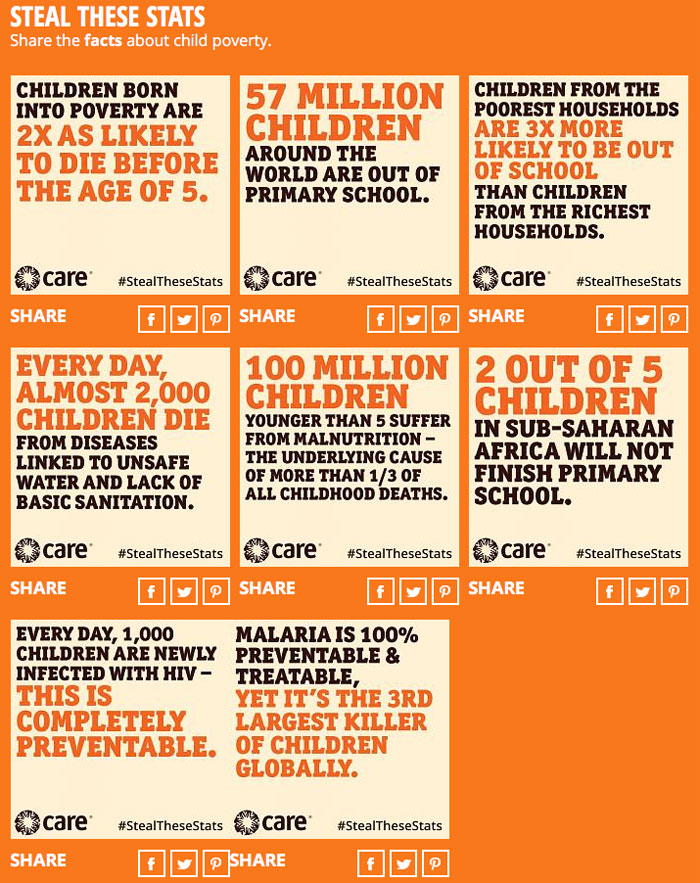 The political Left is “All Hat and No Cattle,” as they say in Texas. Leaders will show up for photo opportunities in places such as Flint, Michigan, as Hillary did during the Election 2016 campaign. Did the Clinton Foundation or President Obama do anything? No! This is PHO-compassion. 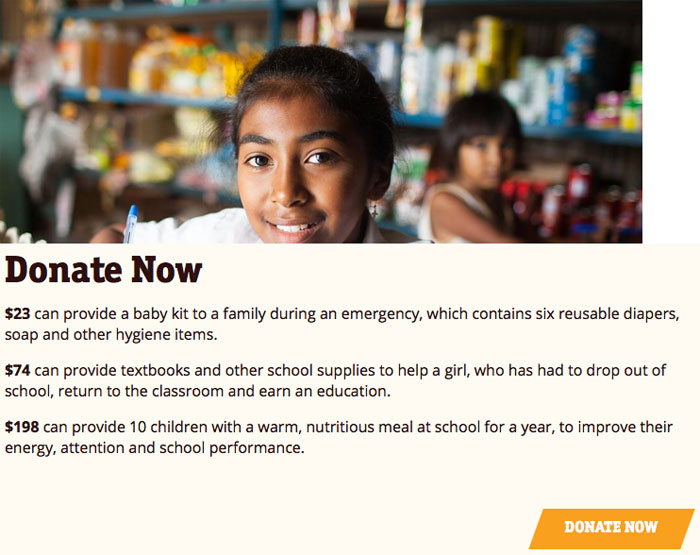 It’s easy to save $5 per week. Give up a fancy coffee or snack. How about $100 per month? Pass up a night out drinking and partying. The unfortunate reality is it’s simply easier to BLAME someone else and be uncivil. This is how the liberal mind of Robert Chase works, as he posts a meme saying “Fuck You” to the president. 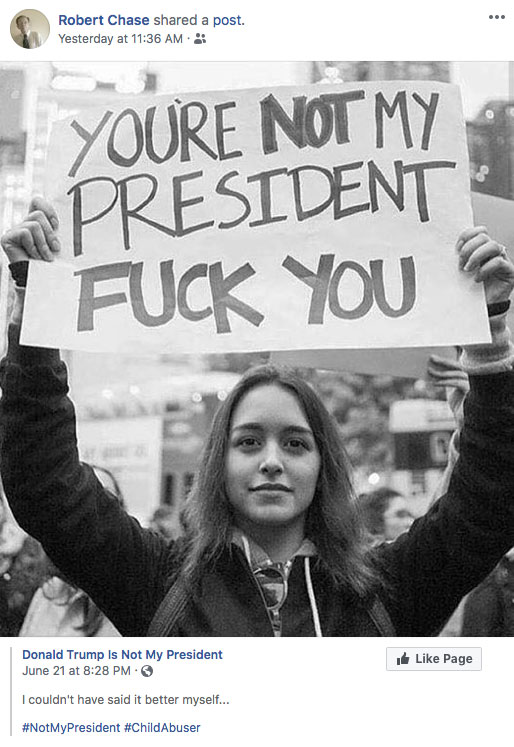 More importantly, I dare not post my article on Facebook or other social media. Unless one furthers the “mob rule” position of the week, they are quickly blocked or banned. Facebook friend Penelope Arcana Copeland posted a meme from Donovan Grieve highlighting the fact liberal bias is shutting down free and open speech. As I pointed out previously, our insecure nation only allows “accepted speech” today. 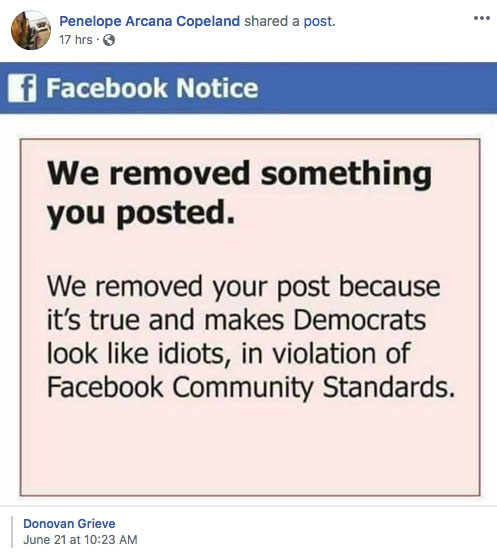 If you are a compassionate American, there are many ways to help — in our country and around the world. Here’s the link so can donate to UNICEF. You can also help reduce child poverty at CARE. If instead you prefer to be PHO-compassionate, keep on shouting profanities at the president.

Do you have a compassionate soul? Please leave your comments below and be sure to FOLLOW ClearHeath Life Strategies. We provide News of the News You Wish You Knew.