As a life-long Democrat, I left the party after the DNC and Hillary obstructed Bernie in the primary. How ironic it is Democrats demand punitive sanctions on Russia for allegedly interfering in Election 2016 when they are guilty of the same charge. For the record, I voted for Trump — not because I supported him — but as a protest of the Left’s interference. As I wrote during the election, Donald Trump is a flimflam man. He’s a con man and habitual liar. Many things he says are disgusting and definitely not presidential.

On the other hand, I do agree with a number of his policies. For example, I’ve written previously why we need to secure our southern border. Democrats scream foul — yet Hillary voted to build a wall during the GW Bush presidency and Barack Obama constructed some 700 miles of border fencing during his terms. I thought President Obama should have lowered the corporate tax rate. Trump did. Had Obama done this, he could have directed more benefits to the Middle Class and poor. Trump made the right decision reducing the rate — but primarily rewarded the Most Rich. Our increasing financial inequality is the greatest threat to our nation in history.

Where I am most impressed with Trump is his “no-nonsense” authoritarian style of leadership. In many ways, Trump is a Mafia Donald. He’s an extremely insecure man who has money and power; he’s a street fighter who is serious, focused and committed. And, clearly, he’s a man accustomed to getting what he wants and is willing to bully anyone to achieve his goal. Prior to Trump entering the White House, I considered North Korea’s leader, Kim Jung Un, to be the biggest bully in the world. President Trump proved me wrong. No question today The Donald owns that title.

When Kim provoked the world with repeated missile launches and aggressive nuclear bomb tests, President Trump responded fiercely. He ridiculed the “Rocket man.” In a classic Trump tweet, he poked the dragon, “Why would Kim Jong Un insult me by calling me ‘old,’ when I would NEVER call him ‘short and fat?'” Trump is resolved. He knows he has the Bigger Stick! “North Korea best not make any more threats to the United States. They will be met with fire and fury like the world has never seen,” Trump warned. “Rocket Man is on a suicide mission for himself.”

While GW Bush and Obama tried to rein in Kim, they were ineffective. Trump comes across as both tough enough and sufficiently crazy to pull the nuclear trigger. While Kim may have believed war could be favorable for North Korea, China, Russia, South Korea and Japan certainly did not. It’s well-known the U.S. has minimal power to change North Korea’s trajectory. Trump sagely challenged Kim to a nuclear knife-fight and forced the leaders of nations who had Kim’s ear to engage. My Facebook friend, Ryan K Campbell, posted a Washington Post article crediting President Trump with bringing Kim to the negotiation table.

From Sydney on Saturday, Australian Prime Minister Malcolm Turnbull praised Trump’s negotiations on North Korea and said he helped bring the two Korean leaders together, “I have given him that credit because Donald Trump has taken a very, very strong, hard line on the denuclearisation issue and he has been able to bring in the support of the global community and, in particular, China.”

Kim Jong Un now promises to shut down his nuclear test site in May, and invite experts and journalists from South Korea and the United States into the country to ensure “transparency” around its closure. “The United States, though inherently hostile to North Korea, will get to know once our talk begins that I am not the kind of person who will use nuclear weapons against the South or the United States across the Pacific,” Kim was quoted as saying by South Korean President Moon Jae-in’s spokesman Yoon Young-chan on Sunday.

Joy and Optimism Around the World

Commenting for The Hill, Alex Markovsky wrote, “The biggest winner, of course, will be Donald Trump. By aggressively reshaping accepted postulates of diplomacy, Trump broke a history of naivete and appeasement and is on the verge of making the greatest contribution to world peace since Theodore Roosevelt mediated the Treaty of Portsmouth in 1905 between Russia and Japan.” Conservatives point to the development as proof President Trump’s approach to Kim has worked and some have called for Trump to receive a Nobel Peace Prize.

“It is a dangerous world, dominated by outsized personalities who act aggressively on behalf of their nations, including not hesitating to threaten — and even engage in — war. Fortunately, one is President Donald Trump.” ~ Keith Koffler for NBC News Think 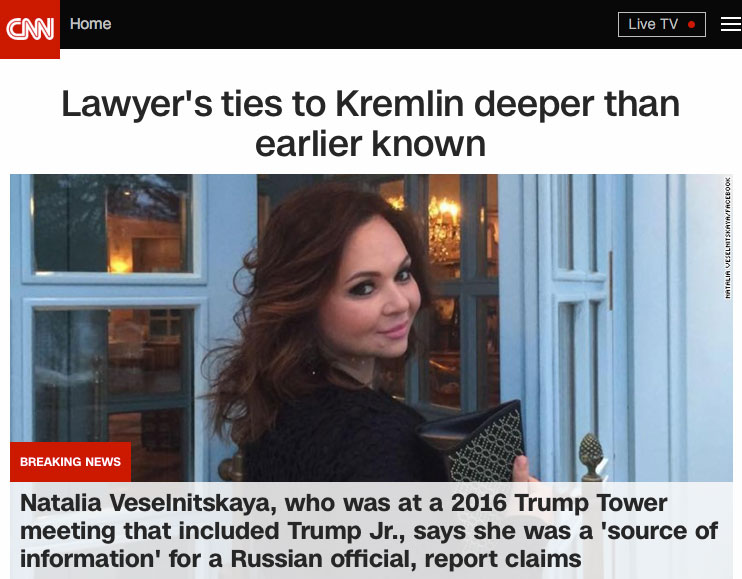 Charles Hurt, writing in Breitbart, reminded readers Trump warned us we were “gonna win so much” that we “may even get tired of winning.” And that is just what “has come to pass.” Hurt added, “Amid all the press frothing and Democrat demagoguery over the phantom Russia collusion scandal, President Trump has been systematically and persistently chalking up victory after victory,” Hurt said. The progress with North Korea is certainly one of those victories.

New York Times columnist Nicholas Kristof wrote, “Trump’s tightening of sanctions and belligerent rhetoric genuinely did change the equation.” Although those tactics aimed to intimidate Kim, their true success was in alarming Moon and prodding him into diplomatic action. Kristof cautioned we should be “deeply skeptical,” while also “relieved” and “even a bit hopeful” about the developments.

Of course, similar as Republican treated President Obama, the political Left looks to turn this potential global victory into an attack on Trump. Both sides are guilty of excessive political polarization and a reluctance to work together. My Facebook friend, Michael Jackson, posted a meme from the group Impeach Trump, Impeach Pence, Keep Impeaching.

Such is political life in America. What do you think? Please leave your comments below and be sure to FOLLOW ClearHeath Life Strategies. We provide News of the News You Wish You Knew.