NewsBusters reported that one of the revelations in Friday’s indictment handed down by Special Counsel Robert Mueller was that alleged Russian attempts to sow disunity in 2016 included the organization of both pro- and anti-Trump rallies in New York City on the Saturday after Election Day. A check of their November 12 coverage showed both CNN and MSNBC gave enthusiastic coverage to the Russian-organized anti-Trump rally that day, with live reports every hour. Correspondents celebrated the idea that it was “a love rally,” and repeated the marchers’ anti-Trump mantras, such as: “We reject the President-elect.”

Facebook BLOCKED my comments and link to the article on my friend’s page: 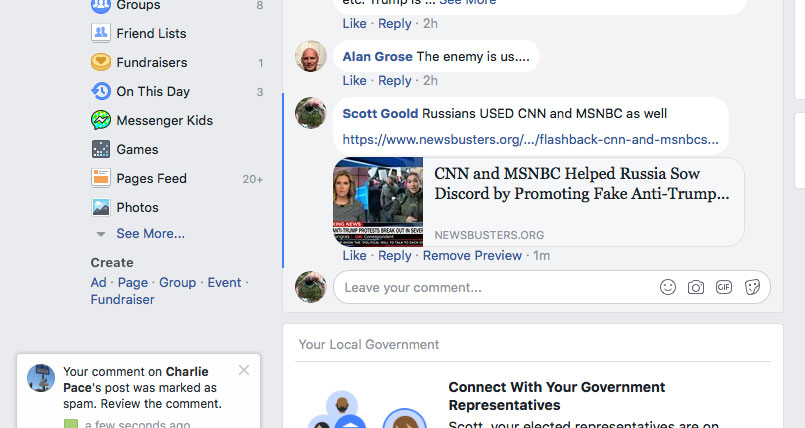 The Daily Caller reported Monday that progressive director Michael Moore participated in an anti-Trump protest in New York that was organized by Russians, according to information released Friday by Deputy Attorney General Rod Rosenstein.

Facebook also BLOCKED these comments and link to the original article on my friend’s page when I posted the information: 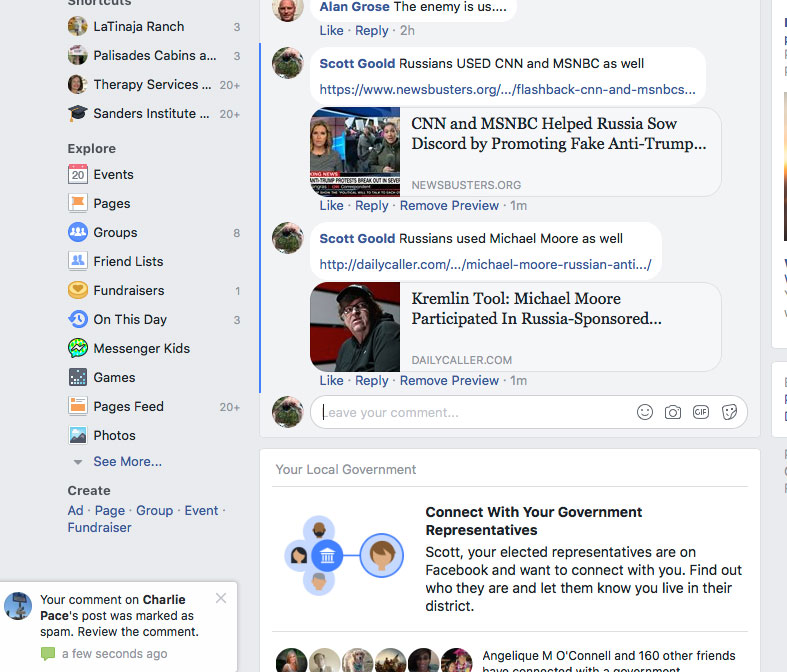 Facebook assisted the Russians in their covert operation by furthering Fake News groups. They now block the dissemination of reports about the interference. I did my best to inform my friends. 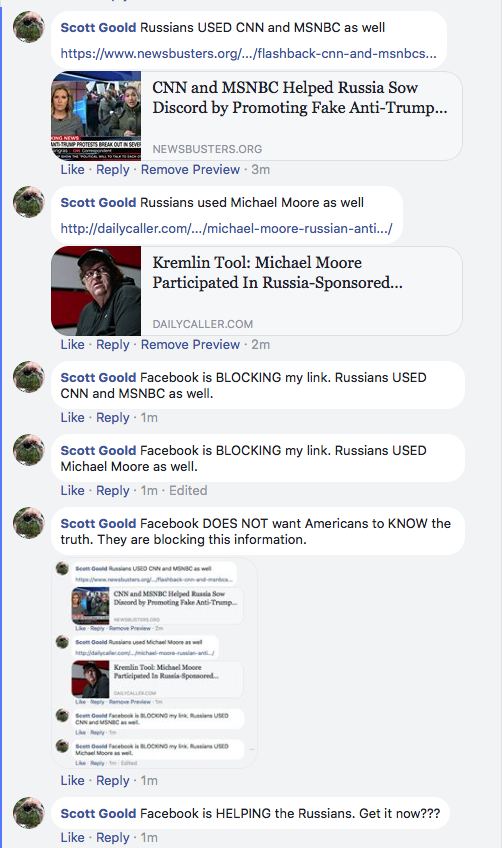 Facebook is HELPING the Russians. Get it now? What do you think? Please leave your comments below and be sure to FOLLOW ClearHeath Life Strategies. We provide News of the News You Wish You Knew.

One thought on “Facebook BLOCKS Reports on Russian Interference”