I’m a lifelong progressive and BernieBro, but I left the Democratic party in Election 2016 due to Hillary’s and the DNC’s interference in the primary. In protest I voted for Donald Trump. I’ve enjoyed this past year, as I’ve been on the sidelines. There are many policies from the Trump administration I support, yet his style is hard to stomach.

A friend posted a FAKE NEWS post about the alleged “illegal immigration” of Mary Anne Macleod, mother of Donald Trump. My response was civil. I simply titled the comment, “Democrat FAKE NEWS … from Snopes.” I then posted the research provided by the fact-checking group. See below. 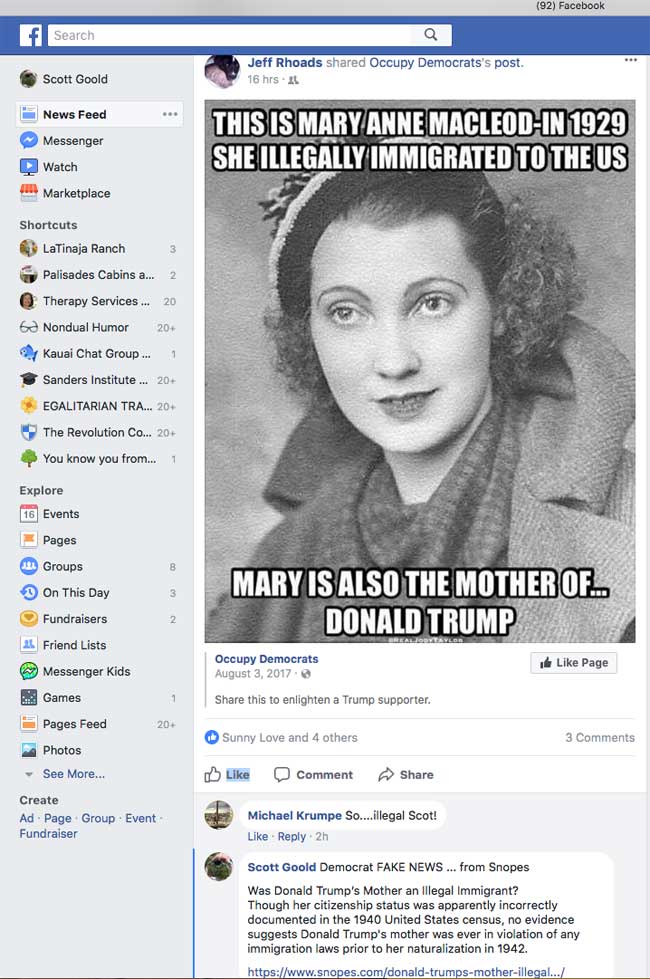 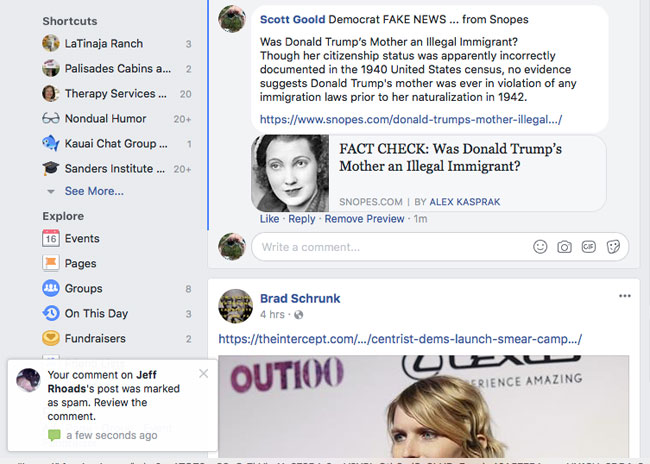 On the other hand, Facebook had no problem with Bill Bradley’s comment, “I’m pretty sure she was a hore [sic] too. Ha ha ha! 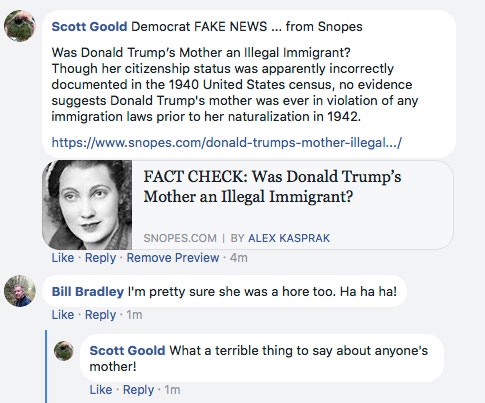 I felt repulsed by his comment. Regardless one’s political leaning, that is a terrible thing to say about anyone’s mother. Facebook apparently tips the scale toward liberals, yet allows someone to degrade mothers. This is another reason I left the Democratic party. Totally disgusting!